The Power of the Word: It’s Origins, Construction, and Its Power

There are few things more powerful in the human experience than the spoken and written word. Words have the power to create not just sound, but thoughts, ideas, principles, ideologies, all of which can create empires, or destroy them.

Man has known about the importance of the word since time immemorial, with various cultures even viewing words as not just an instrument of power, but as an aural representation of the divine itself. Used everyday, people can sometimes forget the sheer magnitude of a word’s influence on those around them and themselves, and it’s always good to remember just how powerful it really is.

But where does the word ‘word’ come from? Much like the jewelry etymology, the word ‘word’ comes from an Old English word that means ‘speech’ or to ‘talk’. This in itself is derived from the Proto-Germanic word wurda, from which we get the Old High German and modern German wort, the Gothic waurd, tas well as the Old Frisian, Old Saxon, and modern Dutch woord, all of which meaning “to say” or “to speak”.

Some etymologists, however, argue that it could also have been borrowed from the Tamil word Vaarthai (வார்த்தை), which describes a single element of speech that puts forward an idea or thought. The word Vaarthai itself comes from the Tamil root word Vaay (வாய்) which means ‘mouth’, which makes Vaarthai an element of speech that comes from or is made by a mouth. However, this theory has few other correlations other than a similar sound for the same concept.

Some derivations, such as word-processor and word-processing, as well as word-wrap, came about during the 1970’s; however, some expressions like ‘word-for-word’ appeared as early as the late 14th century, while expressions like ‘have words with someone’ and ‘word-of-mouth’ appeared around the mid 15th century. The phrase ‘a word to the wise’ can be traced back to the Ancient Latin phrase verbum sapienta satis est.

Before we delve too much into the philosophical context of words, let’s look at it from a technical perspective. Linguistics, which is the study of language, sees words as the smallest element of speech or writing that can be written or spoken independently while retaining some kind of objective or practical meaning.

Words are different from morphemes, which is considered to be the smallest possible unit of meaning. However, unlike words, morphemes on their own don’t usually carry meaning, while words can be made up of a single morpheme but still hold meaning. On the other hand, morphemes are called phonemes in spoken word, and function the same way. Graphemes, on the other hand, refer to the visual aspect of words, such as letters and alphabets. Complex words are usually words that have a root word and some kind affixes, whether a prefix or a suffix, or multiple roots in a compound structure.

A series of words is required to create the more complex elements of a language, i.e., sentences, phrases, clauses, paragraphs, and so on and so forth.

What Makes a Word?

But just because it’s a sound that forwards an idea doesn’t make it a word: sounds like ‘ugh’, ‘oof’, or ‘guh’ all progress an idea of frustration of some kind, but they’re not technically words. So what makes a word, a word?

Linguists, etymologists, philosophers, and even scientists, have proposed numerous criteria as to what exactly makes a word; unfortunately, there is no universal rule that can apply to all modern languages, let alone Old or Ancient languages.

Prior to the formal study of languages, each culture had a commonly accepted and constantly evolving lexicon, that is, the breadth of vocabulary for that particular language. Scholars then categorized and defined each word, creating what’s called a Lemma. For most speakers and writers of that language, this lexicon is what’s used to define what makes a word a valid word.

In 1926, however, American linguist Leonard Bloomfield proposed the idea of ‘minimal free forms’, which was instrumental in categorizing words as the smallest meaningful unit of speech that can stand independently. The idea of minimal free forms combined the idea that a word was both a phoneme (that is, a unit of sound in speech) and a lexeme (that is, a unit of meaning). However, this theory’s limitation was instantly seen: some words can’t be considered minimal free forms because, while they are lexically and grammatically a word, they cannot stand on their own (think of articles like ‘the’, ‘a’, ‘an’, or ‘of’). These words, referred to as syncategorematic words can only become words when used in conjunction with a denotative expression.

From minimal free form, semanticists created the concept of semantic primes; that is, words that aren’t exactly definable, yet representing a primal, fundamental human concept that, when written or spoken, can be understood by the receiver in an intuitive manner, words like ‘you’ or ‘I’ or ‘when’. Semantic Primes, which were introduced by renowned semanticist Anna Wierzbicka, were instrumental in creating a system where a word’s meaning can be described without circularity.

The Power of the Word

“Words are singularly the most powerful force available to humanity. We can choose to use this force constructively with words of encouragement, or destructively using words of despair. Words have energy and power with the ability to help, to heal, to hinder, to hurt, to harm, to humiliate and to humble.”- Yehuda Berg

“It is dangerous to leave written that which is badly written. A chance word, upon paper, may destroy the world. Watch carefully and erase, while the power is still yours, I say to myself, for all that is put down, once it escapes, may rot its way into a thousand minds, the corn become a black smut, and all libraries, of necessity, be burned to the ground as a consequence.” – William Carlos Williams

Since the birth of language itself, words have been objects of fascination, worship, and even terror. Philosophers like Plato and the Biblical prophets described words as sounds containing meaning, an idea that stuck in Western culture for thousands of years. In the 17th century, John Locke built upon this idea, calling words ‘sensible marks of ideas’; however, for Locke, the meaning of words was ‘a voluntary imposition, whereby such a word is made arbitrarily by the mark of such an idea’. As the 20th century rolled around, Austrian philosopher Ludwig Wittgenstein put forward the idea that, rather than words representing meaning, words instead were given meaning because its used in a language.

It is clear, however, that the power of words cannot be ignored, and like Carl Sagan says, is a form of magic that can create entire universes from a single page. 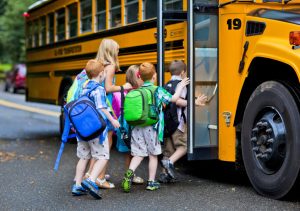 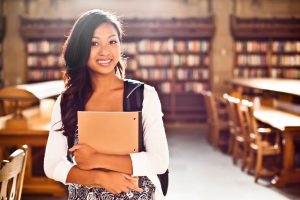 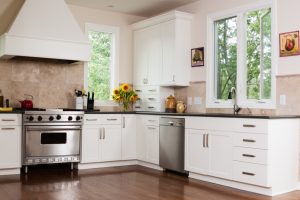 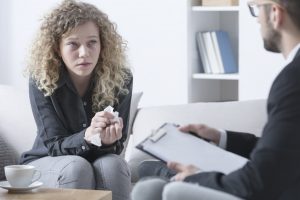 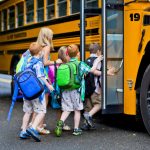 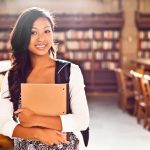 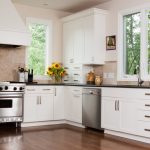 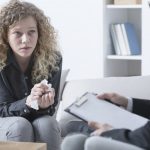 Katherine Lee September 17, 2019
Read More »
PrevPreviousTypes of Adult Education for the Continuing Learner
NextCollege Isn’t Free in Canada, But It Is AffordableNext
Scroll to Top